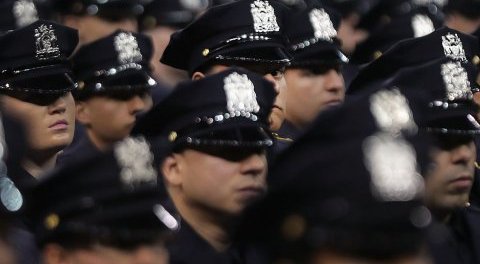 ‘Back in 2014, the New York Police Department announced an initiative to give all of its 36,000 officers a Windows Phone, as part of an effort to modernize the force.

First things first. Let’s just all be happy for a moment about the fact that they all got smartphones. It is a fundamental tool for 21st century crime busting.

If these devices are used in a closed network with proper maintenance, cybersecurity risks can be kept at an acceptable level, at least for some time. I don’t know if these smartphones have been modified in any way. Some appliance vendors, for example, physically desolder ports such as USB from the motherboard of smartphones to make them a bit more resilient to outside attacks.

As someone working on IT projects I know exactly how painful it is to have this many devices delivered and to keep them operational. But the lack of support and outdated firmware is worrisome in the long run, especially if they plan to run these on open mobile internet networks. I wouldn’t consider these smartphones premier sources of data leakage but with the right malware they can also serve as hubs for hackers to launch an attack on the inside of the network.