I’m asking you because you can have both of them untracked and unrecorded! If you thought, that it’s harder to escape from Google’s and Bing’s and Yahoo’s prying and all-recording eyes, than avoiding the facts of mathematics for an American president, you thought wrong. DuckDuckGo is a search engine, made to compete with Google’s search capabilities, without all the tracking and ads. No saved searches, no history to clear, no IP logging, profiling or cookies. It started in 2008 and become the factory search setting in Mozilla’s and Apple’s Safari and Firefox. Today DuckDuckGo announced, that it had it’s 10 billionth search, and reached 14 million searches in a single day on 01/10/17. “We are growing faster than ever,” writes founder Gabriel Weinberg. “In addition to crossing the 10 billion milestone, last year we also donated $225,000 to nine organizations that also raise the standard of trust online.” That seems to be the only three thing they keep a record on. 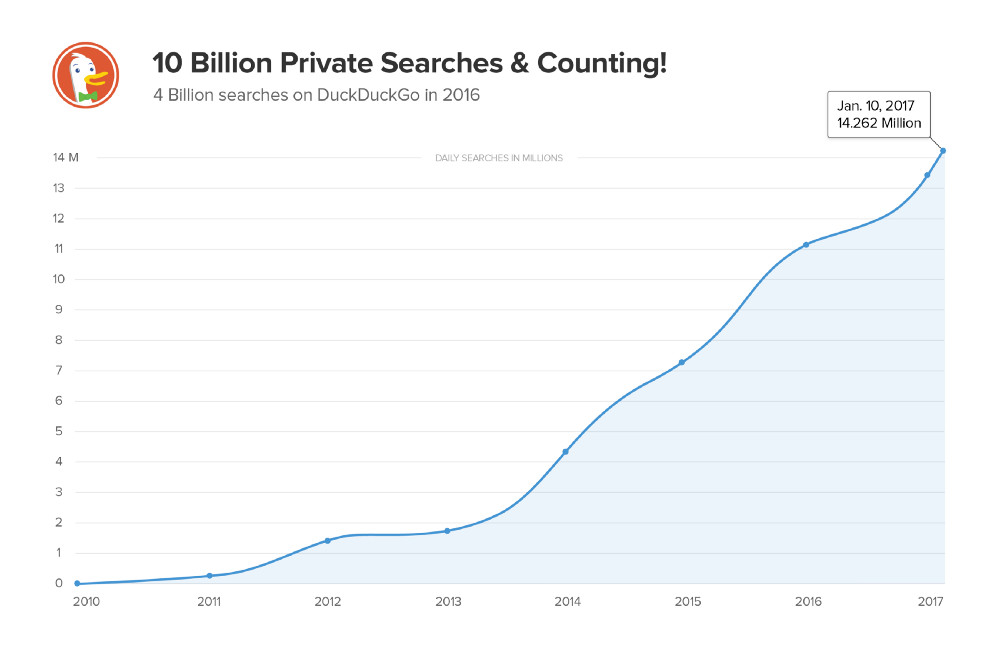 But what about chats? You can use Signal, which is a secure messaging app and it grew a fat 70% in Q4 of 2016. They are growing bigly!