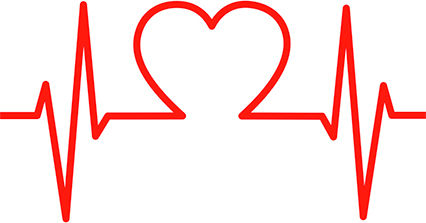 For several years now, Google has been taking steps into the healthcare industry, bringing up innovative ideas that could not only help us be a little healthier but also aid us in case of emergency. But what does Google do with all this data? Could that be a problem?

So, let’s start from the beginning. One of Google’s recent patentsinvolves putting optical sensors in regular objects to assess people’s cardiovascular function and help them improve their heart health. Considering the fact that the World Health Organization’s estimates that 17.7 million people died in 2015 due to cardiovascular diseases, or 31% of all global deaths, the applications of Google’s tech might be quite literally life-saving.

Published back in January, Google’s patent involves integrating optical sensors in regular objects, like a mirror, for instance, syncing everything with a smartphone, and getting detailed advice on how to change your behavior to reduce your heart disease risks. Perhaps the creepiest part about this is the fact that Google’s patent features these sensors placed in your bathroom.

Now, the idea itself is great if it works as Google wants it to. The question is, as mentioned above, what will Google do with all this data. Medical data is perhaps the most sensitive of it all, representing one of our most cherished cyber secrets. Not only that, but it can be extremely valuable for a company of the likes of Google. The company is an ad-business for all intents and purposes, which means that it sells your data to marketers, who in turn deliver ads to you based on your preferences. With medical data on its hands, the company could do that and more.

Thankfully, the model Google follows in delivering you ads starts with anonymizing your data, which means that no marketing company knows your identity. Otherwise, pairing up this medical data with your name and serving it all on a platter to insurance companies could mean your health care could get quite expensive. Alternatively, insurers could argue that you were already ill when you signed their contract, so you were suffering from a pre-existing condition, which means they don’t need to pay your bills. This applies to the United States, of course, since the rest of the world has more sensible healthcare systems, but it could still be a problem.

In the past, they’ve created all sorts of things, like smart contact lenses for diabetics that could tell the sugar levels and alert wearers. That project has pretty much tanked in the meantime since sugar levels in tears aren’t as reliable as those in blood, but there’s no saying they couldn’t improve the system in the future.

Verily, the Alphabet company that’s responsible for this invention, “lives at the intersection of technology, data science, and healthcare,” and it seeks to make the world’s health data useful so that people enjoy healthier lives. Other projects they have are Dexcom, a miniaturized continuous glucose monitor in a patch that needs to be applied on the skin of diabetics that need to check glucose levels several times per day.

The company also has a different project called Debug that seeks to stop the spread of disease-carrying mosquitos by rearing and releasing millions of sterile males. The list just goes on and on.

Alphabet Inc. has another company dedicated to healthcare and research called Calico, which seeks to increase the healthspan of humans.

The thing is, Alphabet isn’t the only company that’s been looking into healthcare issues. Amazon, Apple, Alibaba, they’re all doing the same thing.

Just last year, Apple’s Tim Cook said that “healthcare is big for Apple’s future.” While he didn’t go into details about what he meant, Apple’s been tip-toeing its way into the business for years now. They’ve released the Health app, and the HealthKit, where the iPhone and the Apple Watch play a huge role by counting your steps,  your heart rate, or blood oxygen, and so on.

Amazon has been moving into health care too, claiming that it wants to address rising health care costs for its own employees

The thing is this – you can’t stop these companies from creating these gadgets, from coming up with these inventions, from patenting them. They have the necessary cash to invest in all kinds of projects that may or may not pay off in the future, they have the freedom to let scientists play around with whatever ideas go through their minds. The best part about this is that these creations may actually work. Some of them are downright brilliant and they could make a world of a difference.

But, and there’s always a “but,” can we trust these companies with our medical data? Probably not. Ok, most certainly not. They make their money by selling data – that’s their business model. Google’s total revenue in 2017 went up 24% to $32.3 billion. Most of that came from ads.

Of course, each company has a different financial model, but in the end, none are really trustworthy with medical data. Not even our governments are trustworthy with that kind of data, and they’re not even trying to sell it off, they’re just bad at protecting it.

Can we stop this? Not really. I mean, sure, don’t buy those products they’re making, don’t use them, don’t give these companies your data. But that’s not really feasible, right? We live in a digital world where this kind of inventions could end up saving your life. Take the Google patent we talked about in the beginning – if those sensors figure out your heart isn’t doing well, and that you’re having a heart attack or any other kind of problem, the system will call an ambulance for you. In the end, each of us will have to make our own choices, weight in the good and the bad, and figure out what’s more important to us – our privacy, or our health.