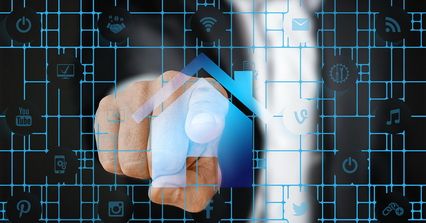 Hackers are everywhere, targeting anyone they can get their hands on, sometimes so they can leverage their data for money, other times so they can make use of people’s unprotected devices. The largest target in recent years has been the Internet of Things (IoT).

Why is this happening, you may ask? Well, it’s pretty simple – poor security. Some of these devices that we willingly bring into our home come with open ports which allow hackers to enter and take control. Others have no user and password combo to protect the owners, or, even if they do, they can’t be changed from default, which means that layer of protection might as well not exist. Then, many IoT devices can’t be updated to newer firmware versions, so no security updates.

And hackers love these devices – they’re easy to get into, the owners most often than not don’t know you’ve got control of it, and their power can be used in a botnet, for instance, to launch DDoS attacks, or to mine cryptocurrency. There are also risks to people’s privacy and safety – if a hacker gets control of a security camera, they’ll see inside your home, they’ll know when you’re home and when you’re not. It wasn’t too long ago that a woman realized she was being followed by her camera. Not only that, but the attacker also spoke to her over the cam’s microphone.

Experts in the field, such as cybersecurity guru Bruce Schneier, have long said the industry needs to regulate itself and secure all devices, or the world’s governments are going to step in and do it for them.

Well, until either one of these things happens, there are things you can do to protect yourself and your home – get a privacy device for smart homes.

The wall behind IoT

Currently, Kickstarter is hosting one such project, called Akita. They managed to get $713,000 worth of pledges, although the original goal was of a mere $30,000. So what does Akita do? Well, it connects to your LAN port or router and scans your network for any unusual activity and protects everything. Basically, it’s like a firewall that can protect every little device you have in your home because it shields your Internet.

Akita uses threat intelligence, behavioral analysis, and machine learning to protect your home, without slowing down your Internet connection. This is all good and well – there are many other such devices on the market, some of which we’ll address later. So what does Akita bring new to the table? Well, it comes with customer support around the clock, includes warranty and, the cherry on top – noninvasive monitoring.

Since none of the analysis happens on device, the data is sent in the cloud where the company’s servers analyze all the data. Akita doesn’t use Deep Pocket Inspection, which is considered to be an invasive method as it also involves personal data from the protected devices. Instead, it uses the IPS security method, analyzing sources that IoT devices should be communicating with and flagging anomalies.

The device will retail for $139, which also makes it one of the cheapest alternatives on the market.

F-Secure, for instance, sells its IoT protection device for $199. The Sense device also doesn’t use deep packet analysis, but it’s harder to install that Akita, for instance. On the other hand, another security mammoth – BitDefender – has Box 2, the second generation IoT security hub that retails for $249. This one, however, does a deep packet inspection. They both come with their native antivirus protection and promise a minimal impact on network performance.

By 2020, the number of connected devices in the world will reach 20.8 billion. Getting a gazillion manufacturers to comply with basic security measures may be a difficult step to take. It’s clear that getting such a device to protect all your home devices may very well be the go-to solution for all IoT lovers.